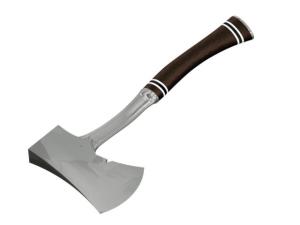 AstraZeneca just announced a second round of job cuts amounting to 12 per cent of its workforce by 2014.  That’s about 10,000 people according to the Wall Street Journal. AZ is by no means the only one. According to the biomedicalsciencesblog ,  over 50,000 job cuts were announced or implemented by companies such as Pfizer, Johnson & Johnson, GSK and Merck in 2009. This was across functions and in the case of J&J across businesses.

In the meantime, Big Pharma is adding jobs in emerging markets such as India, opening research centres, and reinvesting in manufacturing which it had walked out of in the nineties and early 2000s (hacking jobs in the process).

The irony of it is that most of the jobs are being lost now where Big Pharma has traditionally made its fattest profits. Or in other words, countries with very high drug prices, a result not just of higher levels of prosperity but favourable patent regimes and where healthcare is paid for by insurers or governments.  On the other hand, the jobs are coming to countries where prices are far lower (and so is welfare and insurance penetration).

Sitting in India,  ‘a growing economy’, these problems ought not to bother much.  But am not hearing any hosannas to the drug industry here either.  They are accused of charging high prices in a relatively poor country, and more recently of attempting to keep legitimate cut-price generics off the market by abusing India’s newly-created patent system. And the number of jobs that the drug industry is creating here pale in comparison to some other sectors like information technology, business process outsourcing,  or infrastructure.   So that’s not creating the kind of mass goodwill that one might expect.

One thought on “Big Pharma job cuts and drug prices”

© Gauri Kamath and Apothecurry, [2009]. Unauthorized use and/or duplication of this material without express and written permission from this blog’s author and/or owner is strictly prohibited. Excerpts and links may be used, provided that full and clear credit is given to the author and Apothecurry with appropriate and specific direction to the original content.